How to save snaps without them knowing | 2022

Snapchat is a messaging app where people share photos, videos, texts, etc. Snapchat is almost similar to other social networking apps in this sense.

However, it is also different because of the way it is used and the purpose it seeks to attain; it’s more informal, and people even share tiny and mundane aspects of their lives.

Some other features of Snapchat are unique; the photos or videos you share can be put on a time limit, say 10 seconds. The media will disappear from the recipient’s phone after a few seconds. Snapchat has made this feature purely for users’ security and privacy, but still, most users want to save snaps without them knowing.

In a sense, Snapchat gives you complete control of what you do, whom you want to send, and whom you want to follow and also ensures privacy in the sense that if the recipient takes a screenshot of your chats or saves your photos or replays your snaps, Isn’t it interesting?

However there are some downsides come with these features too. The same save option can be disadvantageous if you want to save the snaps of your contacts. More so if you don’t want to let them know you have saved it. So you would ask, what can we do to save snaps without them knowing?

Take a screenshot of snaps without them knowing.

It is one of the ways of saving snaps without letting them know. First, you have to ensure that all the snaps are loaded but don’t open them yet. Now turn off WiFi, Mobile data and even Bluetooth. Enable Airplane mode. Now open Snapchat, the loaded snaps, take screenshots and you are done. This is it. Only turn on your network connection after more than 30 seconds. This is the simplest way to save snaps without letting them know.

Using another Phone to record

The aeroplane mode trick can sometimes not work; in some cases, the other person may get notified for one reason. Using another phone to record or capture the snap is the safest option. You can open the Snapchat app click the pictures or video on another phone, crop it and do some editing and you are good to go. No one will get to know what you did.

There is always this thing called screen recording, whether on iOS or an Android device. You just have to start screen recording, go to the Snapchat app, and open the snaps you want to save. Once it’s done, stop the recording. Following this, you can take screenshots from the video recorded by pausing it in between and then crop the images. You are good to go. You can also use third-party screen recording apps, which can be downloaded from App Store and Google Play Store.

There are third-party apps like SnapSaver for Android and Sneek-a-boo for iOS, which you can use to save snaps or take screenshots without letting the other person know. You can download these apps and use them according to their guidelines, and in this way also, you will be able to save snaps.

Now this is a little big task, and you must do some things to do the deed. Go to the setting, enable the screen mirroring feature on Android, and cast the device on another screen, such as a TV. Once the screen is mirrored, you can go to Snapchat, record the video or capture an image by another device, and nobody will be notified. However, the hacks mentioned above are much better in terms of ease.

CONCLUSION: So these were some hacks one can use to save or screenshot snaps without them knowing or chats or videos without letting the person know. 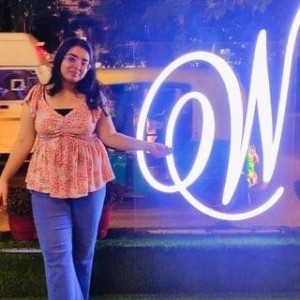