5 Myths about smartphones you didn’t know

Hey guys, I was wondering what to write since my last welcome motivational post. I was actually out of ideas until I came across an awesome comment on some forum and it gives me a better idea for what to share with you guys. It may even help you clear some of your doubts or should I say myths about smartphones.

Let me first tell you guys about the inspirational comment I came across on some forum. It was a comment about cell phone where someone was suggesting that…….

I should dim my smartphone brightness as low as possible because It will help my eyes and also saves battery.

It looks somewhat logical but does it really?

It was quite a thought provoking comment and I am thankful to that person. Back to the topic, do smartphones really work that way?

If yes, then why it is called a smartphone. Got the point. right??

This gives me an idea for my new current post. I started researching it and the multiple myths I came across were even more… interesting.

There are more myths about smartphones than there are truths and I am going to clear some of them. So let us start without delay.

1). Dim Brightness can protect your Eyes

While it is true that a bright screen can create problems for your eyes. That problem will not be permanent. In other words, the brighter display will only tire your eyes but on the other hand, low Brightness may increase your optician’s bill. So, you may want to consider it again.

I still don’t recommend you to keep your screen brightness full though. It is best if you put your brightness under 50 so as to not put a strain on your eyes and tire them out.

Smartphones might not be considered smart if it was true. It may have been true years ago when there were no smartphones but nowadays that is not considered a problem.

It is simple actually, some of you might also have noticed that smartphones charge goes up 0 to 50 (different percentage value for different phones) at an alarming speed but after reaching that threshold, charging speed slowed down. Yes I know, that was not an illusion.

It is that way to protect a battery charge cycle which we will talk about in the next point. Now you got the point, the charging will stop automatically after reaching 100 same way. So folks, do not fret about overnight charging because your phone is too smart to fall for these issues ?

Here is the trick… Plug the charger before it reaches 20%. When you think that your battery is not lasting as before then let the charge drain completely before charging again to full. This way, you will reset to a new cycle and increase battery life.

This is one of the most popular myths. Some say that it is because of harmful radiation while charging, others say that the phones can explode. While it is all a myth, some incidents reported happening. I have read some reports and investigations to found the truth. Believe it or not, it is a mix of myth and truth.

Yes, the phone radiates radio waves which will send your voice back and forth just as it normally does. It is the same whether you plug the charger or not. The radiation can be harmful even normally though but the amount is not high enough to do anything to us. We suffering more radiation from our almighty sun. To suffer from a smartphone, you need to cover yourself with more than 70,000 smartphones and even that is a low estimate because no one tried it yet ?

The incident reported proving that smartphone batteries can explode while you call with charging plugged in. There is some truth to it as I cannot deny that but it always happened because of certain circumstances. Most of the cases include charging phones with damaged batteries. Well, that is a daring thing to do. Some incident includes charging with mismatched charger or charging with high voltage port. This is it, just be careful and everything will be fine. You can call or play games anyhow you want it will just slow down your charging, nothing more.

While it looks like it but it is just another one of those day-to-day myths. Even if a smartphone has better battery capacity, it’s battery backup depends on the applications and it’s efficiency to use power.

Another example will be the smartphones’ cameras. More megapixels just increase the pixels in image but it does not necessarily provide a better image. Even a low pixel image can be of high quality because of every pixel being high quality in itself.

The same thing apply to your overall smartphone. Even your smartphones have great specifications on paper, it is still may not be that great. Performance depends on application capability, built quality and other similar factors. Try using the smartphone before purchasing it.

I may add some more points in this post later but this is it for now. Thanks, me in the comments and any me about any suggestions you have. 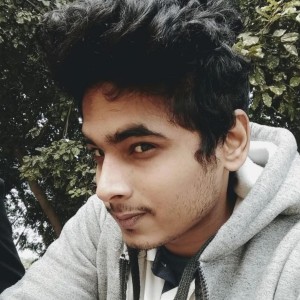 My name is Prashant and I am 24 years old. I am a PHP web developer and enjoy the process of programming. Other than that, I will only say that Life is tough sometimes, you can only do your best and don’t give up.

An Experience with Dell XPS 13