How to start a conversation with a girl on Instagram

Many men find it difficult to strike up a conversation. It can feel like you’re entering unfamiliar territory, which can be frightening.
You’ve probably experienced the dread of wanting to talk to a girl but not knowing where to begin.
You already know you’re a nice, interesting guy; all you have to do now is persuade her.

How do you know who she is?

How did you come to know this young lady? Is she a buddy you’ve lost touch with, someone you met in a bar/club, or someone you got her number from? If you’re buddies, use your friendship as a springboard for texting her. If this is the case, there’s no need to be overly formal while beginning a text.
If she’s a stranger, you’ll need a catchy opening to get her attention.

What to avoid saying

So, if you’re having trouble starting a text conversation with a girl, here’s what you shouldn’t say. If this is your first time messaging her, don’t say anything like “hello,” or “how are you?” Don’t do it!

These are stale conversation starters from which you won’t receive anything.
This is why, when you text someone to say hello, you rarely get a positive response. If you want to know how to start a text conversation with a female, you must keep her involved.

You want to pique her curiosity and have her talking about you. Say something about the club you two were at or something she posted on Instagram, depending on how you met her.
You’ll discover that the most engaging conversation starters are those that have either comedy or wit. Don’t try to be hilarious if you’re not naturally funny; it’ll backfire.

Take it easy on the smiley faces

You’re not a ten-year-old kid. Of course, you can use them, but only in moderation. By the way, smileys also refer to emojis! You don’t want to push her away with your too excited texts, so keep them to a minimum.

There is an exception to this rule: if she is the type to text with smileys, you can use them frequently. Match her energy once more.

Make the questions as open-ended as possible

If the questions aren’t open-ended, she might merely say “yes” or “lol.” Make sure the questions you ask don’t have a yes or no answer. Ask queries like what their passions are or what they’re interested in, rather than asking questions like whether they have siblings.

Make sure the questions are answered in a few phrases since this will encourage her to speak and the conversation to flow.

Is she interrogating you?

Check to see whether she’s asking you questions. It’s a positive sign that she’s shown an interest in you. This isn’t something you can force, but you’ll get there eventually.

If she’s the only one asking questions, it’s best to back off and see if she comes up with anything on her own.

Invite her out on a date

After all, knowing how to start a text conversation with a female is the ultimate goal. You keep her messaging long enough for you to ask her out on a date. What have you got to lose?

Make sure the talk isn’t solely about her to avoid it becoming one-sided. Otherwise, she’ll think she’s on the spot and that you’re simply interviewing her!

Conversations are two-way, so if you like this girl or want to learn more about her, make it a two-way interaction. You don’t have to be too intimate, but you should give some personal information!

Just go for it!

One more thing is important to have many followers, if you have a good number of followers chances are that you will get a reply in the beginning and to gain followers visit our homepage and click on get free followers. 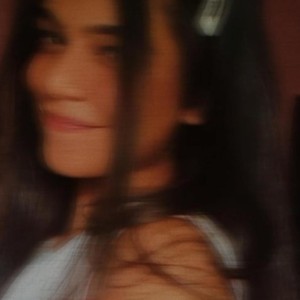